Over a dozen men wanted in the United States for fraud and extortion crimes, described as “despicable” by the FBI, have evaded justice for over a decade by fleeing to Israel, where they live openly to this day.

The men, who worked for trucking firms that serviced the East Coast of the US during the first decade of the twentieth century, are accused of depriving their customers of their most precious possessions, holding their household goods hostage until ransoms were paid.

According to investigators, the moving companies lured in unwitting customers by offering them low rates to transport the contents of their homes from one location to another. Once the goods were packed up, the movers demanded increased compensation, sometimes doubling or tripling their original quoted fees. Customers were told they would not see their precious belongings again, unless they paid the movers’ blackmail rate.

An FBI investigation called “Operation Stow Biz” found that hundreds of Americans had been burned by the scam, leading to indictments in 2003 against seventy-four individuals, mostly Israeli nationals, working for sixteen moving companies.

“Victims trusted their cherished belongings to these moving companies, only to find their belongings held hostage. Countless memories and heirlooms have been damaged and/or destroyed and can never be replaced,” Pesquera said in 2003.

The FBI learned of the phenomenon in 2001, following the September 11 attack on the World Trade Center. Five Israeli nationals, working for an Israeli-owned moving company just outside New York City, were arrested on 9/11, after they were observed taking photos of the burning towers and acting suspiciously. After interrogating the men, the FBI ultimately concluded that “none of the Israelis had any information on prior knowledge regarding the bombing of the World Trade Center” and deported them back to Israel, for earning income in the US without work visas.

Although the FBI never formally published its results, a Freedom of Information Act (FOIA) request revealed that its investigation into the firm, Urban Moving Systems, had uncovered not terrorist activity, or spying activity, but regular criminal activity. The arrested Israelis and other former employees of the firm revealed that its owners, Dominik Suter and his wife Ornit Levinson-Suter, ran the company like a criminal enterprise – and that this was an open secret amongst Israeli nationals.

“Basically, that was the Israeli system over there. The moving system. That you start the move with one price estimate, and then start to charge for every box, for everything. Anything you ask for,” the most senior of the Urban employees arrested in 2001 recalled to this reporter two decades later. “And when it goes to storage, then the clock starts to tick. For every night, for every day, every day. And if you don’t pay, you don’t get your stuff. That was the big system.”

Although Urban owners Dominik and Ornit Suter fled to Israel right after 9/11, they were never charged with any crimes, so the couple returned to the US in 2003, and have lived there ever since. But that same year, the FBI used the information it gleaned from its investigation into the Suters and Urban Moving Systems to hatch Operation Stow Biz, using undercover agents to nab dozens of other Israeli nationals who allegedly also committed similar fraud and extortion crimes.

“One of our quintessential freedoms is the freedom to move about the country, to change homes, careers, and in essence, change our lives. These defendants struck at that freedom and used the victims’ own personal property to extort money,” US Attorney for the Southern District of Florida Marcos Daniel Jiménez said in 2003.

While some of the suspects were successfully prosecuted for their crimes, others fled to Israel before they could face justice. One of these men, Zion Rokah, told reporters before he fled the US that the indictments against him and the other Israelis were motivated by prejudice against Jewish people.

Some of the most egregious violations were committed by AAA Van Lines, Ameri Van Lines and SI Trucking – three companies all owned and operated interchangeably by Israeli national Simo Elbaz. After Elbaz would solicit customers, Moshe Makias – his foreman in all three firms and a fellow Israeli national – would supervise the loading of goods onto company trucks, generally rushing customers through the paperwork, so that they would not notice that the forms were incomplete.

Once the goods were loaded onto trucks, Makias would jack up the price of the move, demanding sums two to seven times the original price quoted to the customer by Elbaz. Makias would justify the added expense by gaslighting the customers, insisting that their goods exceeded the cubic footage estimated by Elbaz.

If a customer refused to pay the inflated price, Elbaz and Makias would arrange for the goods to be warehoused at a secret location and would threaten to sell them off if they weren’t paid forthwith. After tacking on an increase of $5000 to an original quote of $3600, Makias told one victim of the scam, James Balderrama, “You’re [expletive] going to pay for this, or you won’t get your [expletive] stuff.”

“It was the worst feeling I ever had in my life,” Balderrama said.

After his February 2003 arrest, Makias was fitted with an electronic ankle band, to prevent him from fleeing the country. In October of that same year, Makias appealed to the court to have his ankle bracelet removed, complaining that it spooked the customers at his new place of employment. The following month, Makias pleaded guilty to one count of conspiracy and two counts of extortion.

But from February 2004, Makias failed to meet with his parole officer or attend his sentencing hearing. In May, an arrest warrant was issued for his arrest, and the following month Makias was declared a fugitive.

Today Makias lives along Israel’s Mediterranean coast, making his home in Netanya and running an office in Herzliya. According to his LinkedIn profile, since January 2004, Makias has operated out of that Herzliya office a firm that puts on fireworks and laser light shows for large events. In recent years, his customers include a myriad of Israeli corporations, including banks, universities, and even the Defense Ministry, as well as musicians who have performed concerts in Israel, such as Paul McCartney, the Pet Shop Boys, and David Guetta.

Although eighteen years have passed since he fled the US, the government continues to list Moshe Makias as a wanted fugitive to this day. More than a dozen Israelis wanted for moving fraud, including Makias, have dedicated pages on the Department of Transportation website, the online equivalents of wanted posters.

For years afterward, the same moving scam continued to be perpetrated again and again on unsuspecting American citizens. A decade after the 2003 FBI operation, indictments continued to be filed over moving fraud, and some criminals, once caught, continued to flee for Israel. Most of these men did not even bother to begin using different names once arriving in Israel; many of them operate Facebook accounts in their own names, featuring recent photographs of themselves, to this day.

But the chutzpah of these men pales when compared to that of Simo Elbaz, the moving company owner indicted with Makias in 2003. Like his foreman, Elbaz was a no-show at his own legal proceedings and declared a fugitive of the court. Unlike Makias and the others, though, he did not flee to Israel; incredibly, he still lives in the US to this day. He has continued to live in the same area of the US for decades, remaining married to, and raising a family with, local attorney Naomi Ann Zimmerman.

Elbaz married Zimmerman, a Miami-area lawyer, in February 2003, but less than a week later, he was indicted as part of Operation Stow Biz. Elbaz was charged with twenty-three crimes, including conspiracy to commit money laundering, which is potentially punishable by 15-plus years in prison. When Elbaz didn’t show up for his own court proceedings, he was also charged with failure to appear, for which the maximum penalty is 10 years in prison.

Zimmerman told US law enforcement that the fugitive Elbaz, her husband, had abandoned her without warning. “The defendant failed to return to his home,” one day in August 2003, a pretrial officer told the court, and ever since “his wife has been unable to locate him”. Since Zimmerman had co-signed Elbaz’s $100,000 personal surety bond, the court forced her to sell a home she owned to pay the sum in full.

Although US District Court for the Southern District of Florida considers him a wanted fugitive, Simo Elbaz continues to live in that very same district, raising children with the same member of the Florida bar that he allegedly abandoned 18 years ago. But he can’t ever again attend family reunions in Israel, or even leave the borders of the continental US, lest federal law enforcement realize that this fugitive has been living right under their noses all along.

On her Facebook profile, Zimmerman goes by the name “Naomi Zimmerman Elbaz” and her profile pic is a studio portrait with Elbaz, their two sons and the family dog. She is also Facebook friends with Zion Rokah, another Stow Biz fugitive living openly in Israel. The couple is called “Naomi & Simo Elbaz” in the bimonthly newsletter of the South Florida synagogue where they celebrated their first son’s bar-mitzvah.

Push to Include Israel in US Visa Waiver Program

While fugitives wanted for fraud and extortion in the US living openly in Israel, flaunting the law, the Israeli government is aggressively lobbying the US government to be included in its Visa Waiver Program. Citizens of the forty countries already included in the program are eligible to travel to the US for tourism or business for up to 90 days, without the time-consuming requirement of securing a visa in advance.

Israel’s inclusion in the US Visa Waiver Program has been held up for years over its unwillingness or inability to treat US citizens with reciprocity. To qualify for the visa exemption program, Israel must refuse admission to no more than 3 percent of American travelers. In 2020, it denied entry to 6.7% of US visitors, more than double the permitted ratio.

David Sheen reached out to the subjects of this article for comment. By press time, Sheen did not receive any responses to his queries. If he receives any responses after press time, the article will be updated to reflect this. 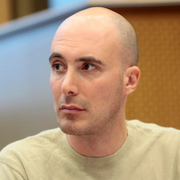 – David Sheen is a freelance investigative journalist reporting from Palestine for over a decade for dozens of local, regional and international journals, earning the solidarity of journalist unions and human rights groups at home and abroad, including the Palestinian Journalists Syndicate, the Rory Peck Trust and the Front Line Defenders. His website is davidsheen.com and he tweets from @davidsheen. He contributed this article to The Palestine Chronicle